It has been some tough few months and this would probably linger for a bit more. Nothing much serious but then my calendar is facing some trouble to sew some recreational hours into the schedule. Resting always gets a bit more priority than recreation. So, I haven’t been able to put some work for Krita, specifically working on the magnetic lasso, the new edge detection filter and of course Krita weeklies. And hence I decided to go bi-weekly.

Ok enough of excuses, let’s get to the point. Currently, there are around 510 open bugs in Krita. The rate of bugs getting fixed has slowed down a bit again since both Dmitry and Ivan have shifted their focus to the resource rewrite now. 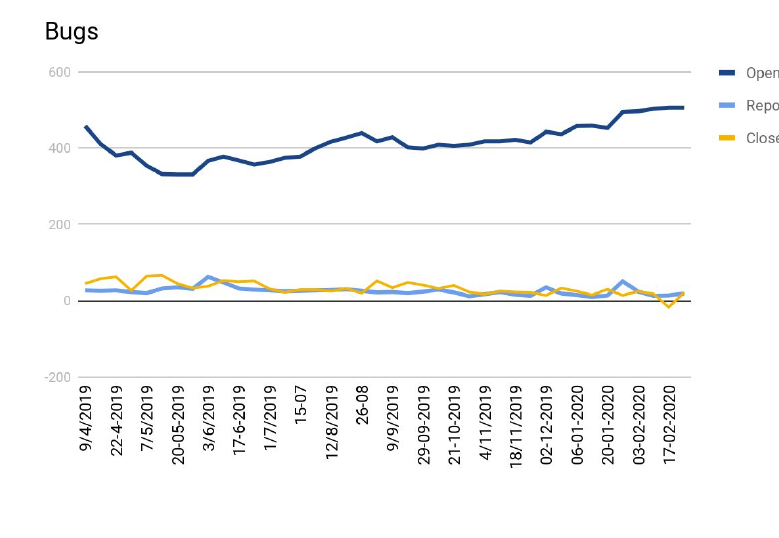 Going through the commits list I have lost track of what has been going on, three weeks is not a small timeframe after all. Though I could run through the meeting notes and give a brief idea of that.

Boud with the help of Dmitry did manage the solve the build issues with Python 3.8 on windows, so expect the 4.29 beta coming up. Other than that, he has been working over the resource rewrite as usual.

Dmitry has fixed some regressions in vectors and also implemented a couple of new features. Notably, there is no strobing in brush outline and some new options for the color smudge brush engine. That reminds me, Ramon already made a video about that which can be found in Krita’s Youtube channel.

Tiar says she managed to implement an “All Untagged” tag, apart from that she has worked on saving and loading of bundles. And now working on the UI/UX of the resource manager.

The team had a productive sprint last week at Deventer. Everyone other than Dmitry was able to chime in. Ivan got a new laptop to work on Krita and they had feasted on lots of lovely sweet stuff sent by one of the Krita fans. I can just hope they left something for me too.

Krita will be again participating in Google Summer of Code as a part of KDE. If you are a student and would love to contribute to this amazing open source painting application, don’t forget to drop a message on the IRC channel.

Ohh, and we are looking for t-shirt and sticker designs which could wear and share during the Libre Graphics Meeting. Since we have our yearly sprint just after that and we are having a hacking on Krita session too at LGM.